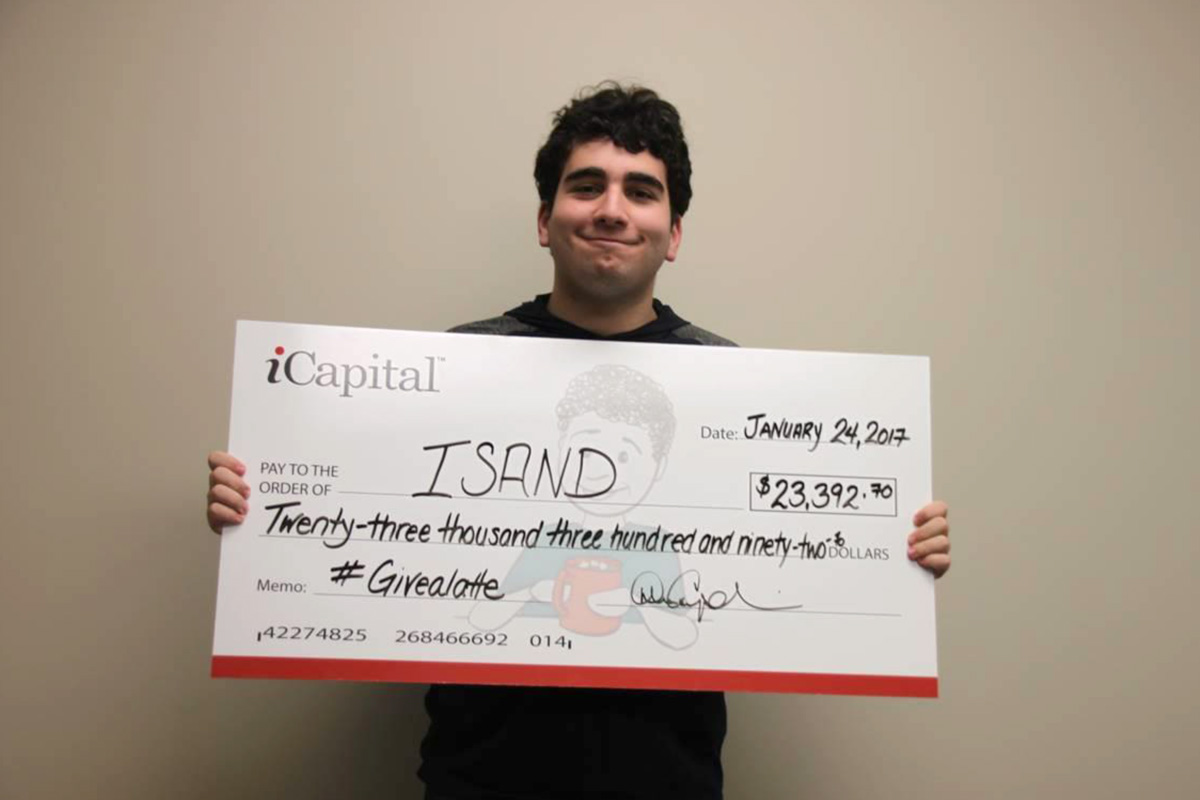 TORONTO, ON (December 19, 2016) —During the third annual #GiveaLatte campaign by iCapital Canada, hundreds of coffee lovers were inspired to give up their morning cup of java and instead make a donation to Integrated Services for Autism and Neurodevelopmental Disorders (ISAND). The two-week online campaign raised $23,392, a combination of funds contributed by generous donors and a $10,000 match from iCapitalCanada.

“The #GiveaLatte campaign is inspired by my 18-year-old nephew Anthony, who has autism and receives support from ISAND,” said Diane Capobianco from iCapital. Anthony’s ISAND support worker is helping him build social skills, develop interests, and engage with the world.

“This cause matters to us because autism is now the fastest growing and most commonly diagnosed neurological disorder in Canada”, said Domenic Sgambelluri from iCapital.“The money we have raised will provide vital resources and enable ISAND to support even more families living with autism.”

The #GiveaLatte campaign not only raises funds, but also helps to increase the understanding and acceptance of autism.

“We are so proud of Anthony and all that he has accomplished,” said ISAND Executive Director David Gray. “Thanks to the iCapital #GiveaLatte campaign, we can help even more young people like Anthony explore their potential.”